The EQuIS database function named "equis.date_to_utc" is included in EQuIS Professional versions 6.6+. This function calculates the date/time as it would be in UTC from a specified time zone. This function can be used in custom reports for data outside the EQuIS Live Schema and requires that DT_LOCATION.TIMEZONE_CODE (or RT_COMPANY.TIMEZONE_CODE) and RT_TIMEZONE_OFFSET.OFFSET_START_DATE are populated and included in the report output. 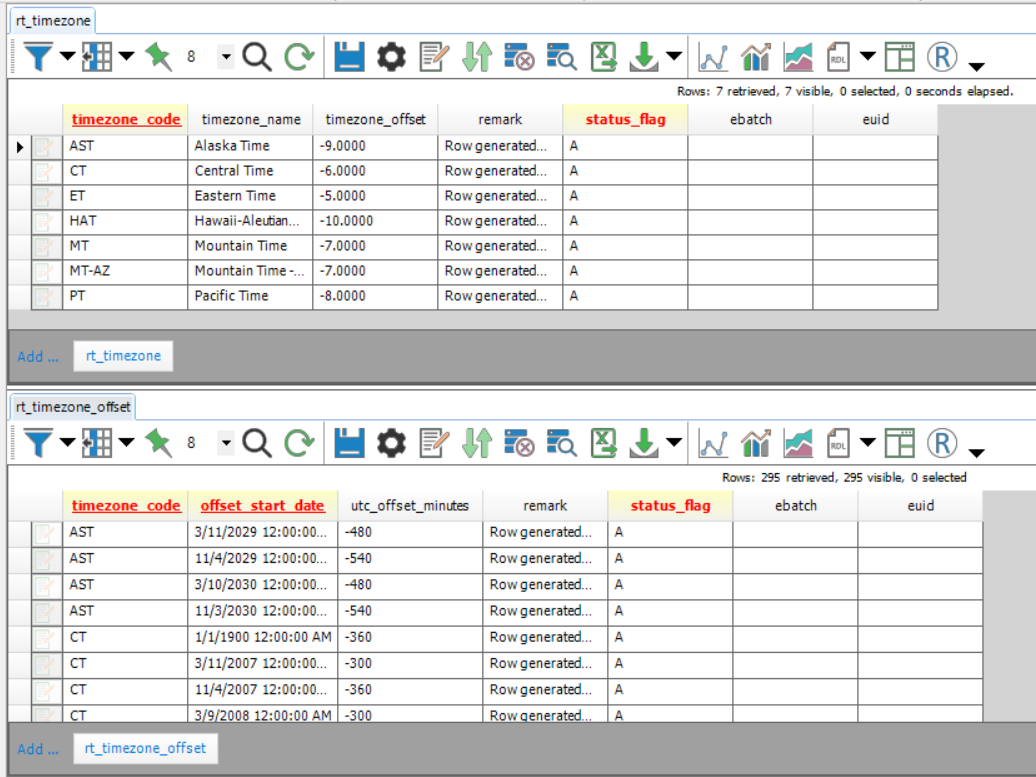 Below is a SQL script to generate U.S. time zone records that can be used to either populate the tables directly in SQL Server Management Studio (or similar tool) or the data can be copied into an EDD to be loaded into the database via EDP.

Right-click the text above and select Save link as. Once downloaded, unblock the file and change the file extension from .txt to .sql.