In addition to the standard query options, EQuIS database users are able to query from an additional set of fields that are not included in the standard EnviroInsite database.  Users connected to an EQuIS database will see these additional query options on an EQuIS Query tab within the data-centric object dialog boxes. Selecting none of the field values for a particular field will result in that field not being included as part of the resulting query. For instance, if no sample type is checked then the query will not consider the sample type in determining which samples are selected.

An explanation of the individual fields on the EQuIS query tab are explained below. Note that fields from DT_SAMPLE, DT_TEST, and DT_RESULT are revealed by selection of the sub-tabs in the lower section of the EQuIS Query tab. 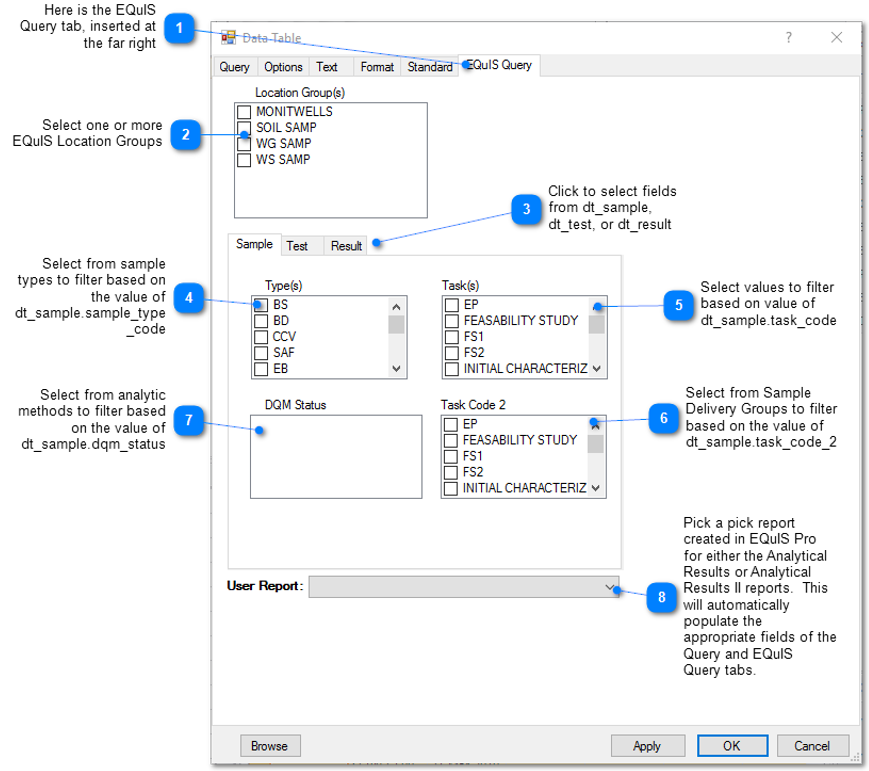 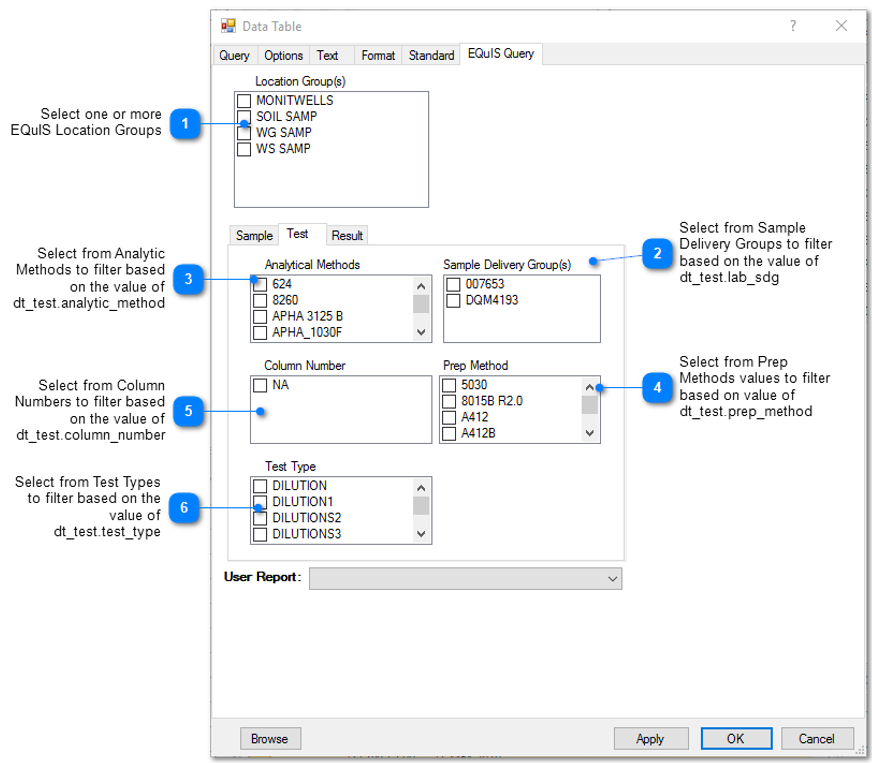 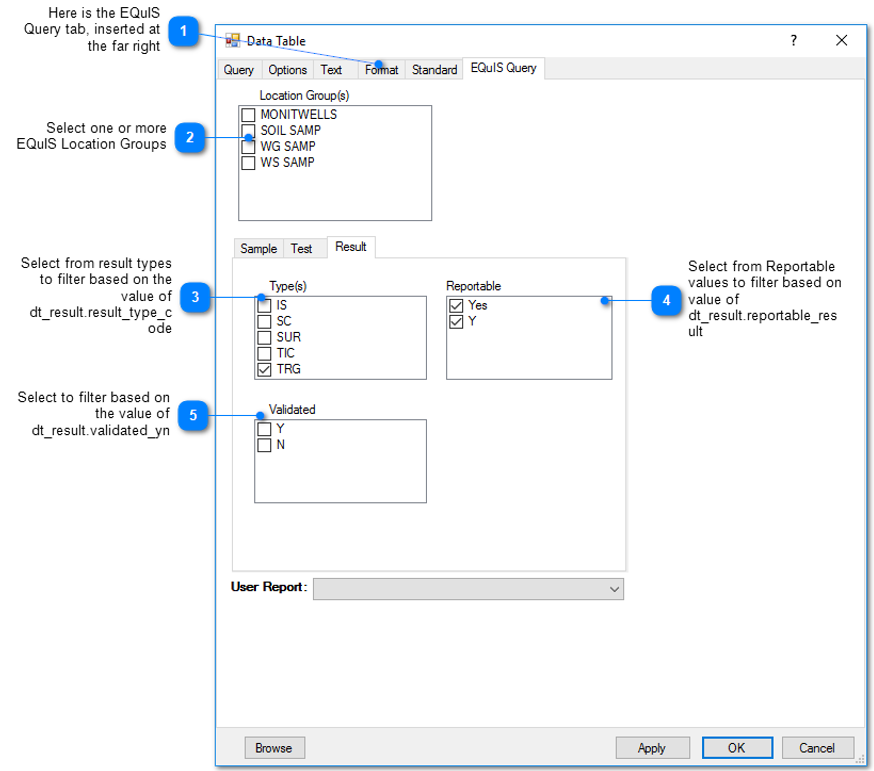 There are some additional limitations in the user report:

•The bar chart, pie chart, and radial diagram only allow selection of one constituent group. If several analyte groups are selected in a user report, then only the first analyte group will be used in these plot types. 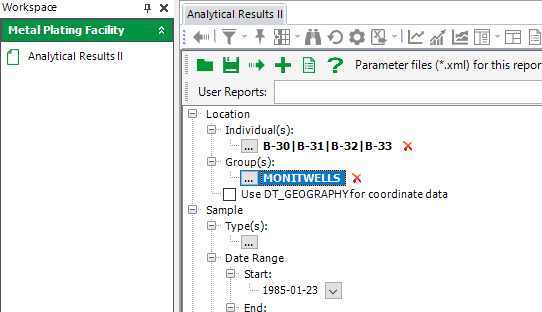