The "Action" field type is used to extend navigation (similar to a hyperlink). Three different setups are available with the action field type, each with its own unique navigation: FormType, FormRecord, and Report.

The following images are related to an action field using the FormType category in the Parent 1 form. The value for that FormType is set to Child 2. This will allow the user to click on that action field and be immediately redirected to the child form. The user could also have set the value as Parent 2 or Parent 3 and be redirected from the action field to those Parent forms. 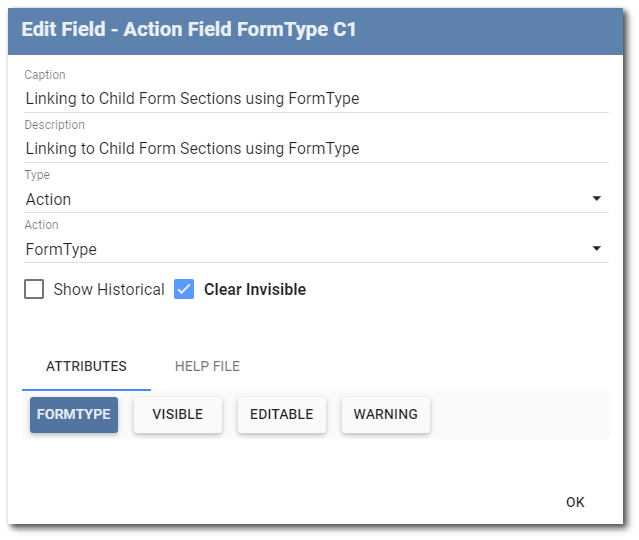 The FormRecord action type allows navigation to a particular Record ID (an instance) of any specified form in the template and opens the form for editing. The FormRecord action type also provides the ability to create a new instance (form record) of any parent form in the template or of the parent form and/or any of its associated child forms that are part of the tree with the action field.

When selecting the FormRecord action type, two attributes will become available: FormType and FormID. The FormType attribute will direct navigation to a particular form using the form name as its value, and the Form ID attribute will either create a new record or open up a specified record given in the FormID. To always have the FormID create a new record, set the FormID value to 0 or null. If the FormID is set to a value greater than 0, but the Record ID does not exist within the specified form given in the FormType, a new record will be created with that FormID in the given form. If the value greater than 0 exists, that particular form will open with the given ID. 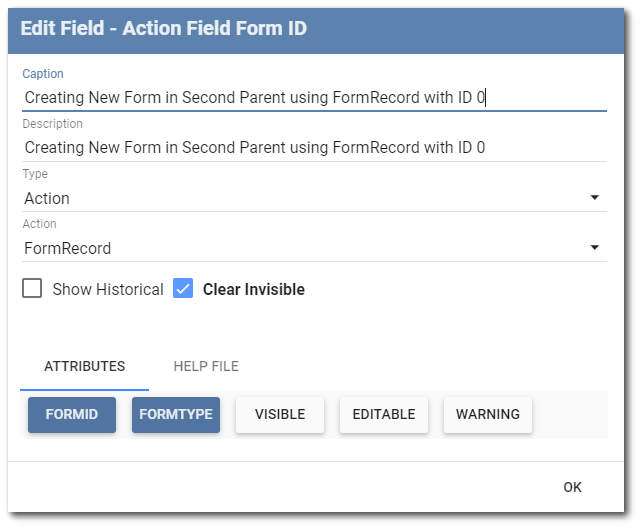 Using the template layout in the earlier FormType example, the field displayed in the image above has the FormID attribute set to 0 (zero) and the FormType attribute set to Parent 2. This field exists on the Parent 1 form. When this field is selected, it will open and create a new record in the Parent 2 form.

If using pre-population, the Record ID’s for the template as a whole, begin at 1. Thus, if 10 location records (e.g., B-30, B-31, etc.) are pre-populated in Parent 1 form, Record ID 1 would be B-30, Record ID 2 would be B-31, etc. An action field type can be created to maneuver from the Parent 2 form to a specific record (e.g., B-34) with an action field set to FormRecord with the FormType attribute set to Parent 2 and FormID attribute value set to 5. 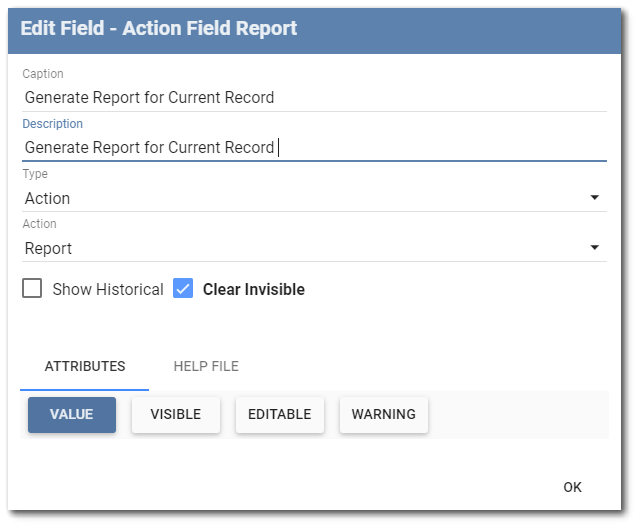